The most famous is the karst complex "Zlosten", which has been declared a natural landmark and includes a number of previously declared protected areas. It is situated on the territory of the town of Kotel and the villages Medven and Yablanovo and covers an area of 343.7 ha. It is designed to preserve the characteristic terrestrial forms, caves, mines and other karst formations, century-old beech forests, as well as sites of historical significance.

Of the rock phenomena, Chattalia is the most popular. Caves in the Zlosten area are numerous and deep with beautiful stalactite and stalagmite formations. The best known are the second longest precipitous cave in Bulgaria - "The Glacier" with a length of 103 m, "Su Batt" with a length of 58 m, where the waters of a clear mountain stream disappear under the ground. The "Misty cave" is so named because its entrance is often covered in fog. The mysterious atmosphere surrounding it and the wealth of stalactites make it an extremely interesting tourist destination. In the area is also the historic place Zlosten, where the cave" Rakovski'' is located, bearing the name of the Bulgarian revolutionary Georgi Stoykov Rakovski.

Natural attractions include a number of separate caves, such as "St. 40 martyrs ", on the territory of the village of Kipilovo, with an area of ​​5.0 ha. On the territory of Kotel town, to the west of the town, in the basin of Suhaika river there are many karst caves - natural landmarks "Dryanovska cave" has an area of ​​5.0 ha. It is characteristic of the beautiful forms of stalactites and stalagmites in it. The cave "Prikazna", with an area of ​​4.2 hectares, has many stalagmites and stalactites in its public area and represents a serious test for the cavemen in the abyss. There are 3100 m cave galleries studied - VI in Bulgaria in length. The richest in cave formations is ''Bilarynika'', which was studied only in 1970, with an area of ​​1.0 ha. It is a karst cave with an almost round entrance with a diameter of 4 m and a length of 87 m. The "Bloody Puddle" has an area of ​​2.0 ha and has a 13 m deep cave, located in the same area. ''Cherni Izvor'' is a beautiful cave with a karst spring in it. The area of ​​the natural landmark is 20.0 ha. Located in the village of Medven. ''The Glacier'' - an area of ​​18.3 ha - a karst cave with characteristic rock formations, the third in depth in Bulgaria; "Little Maara" - with a depth of 59 m and an area of ​​3.0 ha; ''The Maarata'', with an area of ​​16.2 hectares, is located in the same area of ​​the village of Medven. 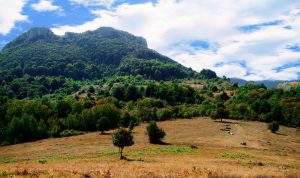 Some of the caves are connected with legends and historical events, making them even more attractive and mysterious. For example, in the area where the ''Blood Puddle'' cave is located, a large number of Nikifor soldiers have been killed according to legends; the cave "Rakovski" is named after Georgi Stoykov Rakovski, who in 1854 began to write his book "Gorski Patnik" near by; in the ''Forty Troughs'', legends are buried with gold and jewels. There are also other caves in the area, which, although not declared as protected sites, are also of interest - "Duhloto", "Eagle Cave" - ​​sheltered by a colony of thousands of bats - rare and protected animals, "Grandfather Sabev Cave" "The Big Hume", "Little Dryanovska", "Nova Dryanovska" and "The Black hole" to the west of Kotel, "The Goat Cave" in the village of Kipilovo, ''Academic'' and "The Terror of the Treasure Hunters" and others. On the territory of Kotel there are the rock formations - a beautiful rock wreath of magnificent limestone rocks, a suitable habitat for predatory birds. The "Urushkite Skali" - with an area of ​​69.0 ha and a rocky slope of -70 m. They are characteristic of both their quaint shapes and the nests of a rock eagle. 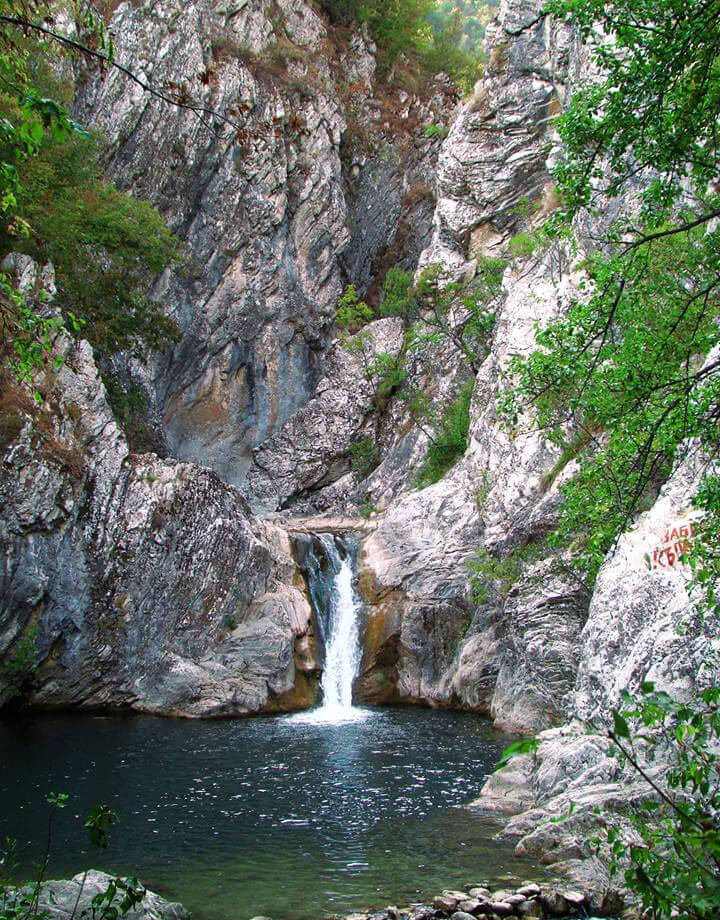 Roaring mountain waters often descend on the pebbled rocks and form beautiful waterfalls. As a natural landmark, ''Sinia Vir'' waterfall is declared, with a height of 7 meters and an area of 1.1 ha. The waterfalls "Skokove" and "Medven springs" fall into the watershed of Medven river. Marking a tourist route east of Kotel, takes you to the area after a 3.5-hour walk.

On the territory of the municipality there are two reserves: "Kersenlika" and "Elova gora". Its area is 114.5 ha and is located in the village of Borintsi. It is a natural locality of white fir more than 110 years old. The buffer zone to the reserve is 89.5 ha.

The Reserve "Orlitsata" covers an area of 559.4 hectares and is located in the territory of the town of Kotel and the village of Medven. It is differentiated in order to preserve the centuries-old forests of mystic beech, habitats of rare raptors and a unique karst complex with many caves, abysses, springs and others. On its territory is also the rock phenomenon "The Orlitsata" - a nest of the rock eagle. The buffer zone to the reserve covers another 114.7 ha.

Apart from its natural sights, the area is also famous for its many historical sites. Much of them are also protected natural sites, namely: