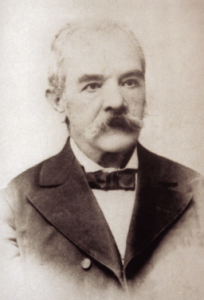 In 1852 Dr. V. Beron graduated from Würzburg and defended a doctoral dissertation titled "For tetanus (for the disease) and for Indian hemp or hashish as an act against this disease," which translated into Bulgarian in 1880 It was written at the time when tetanus was a mystery, and bacteriology did not exist. The beginning of it will be put by L. Pasteur and R. Koh many years after.

In 1859, "Bulgarian Folk Songs in the Collection of Vasilya Beron" were published in ''Bulgarian Book'' Magazine. Most of them are for illness and healing, one of which refers to it.

Dr. V. Beron, as a doctor, has a tremendous interest in human health. The need for deeper medical and biological knowledge in Bulgaria is tangible. In relation to the human health until then, Z. Knyazheski, Ann. Granite, Dr. Z. Strumski. Such articles also appear on the pages of "Kitka", "Letostrue", "Home Calendar", and there are several translations, one of which is a textbook. They deal with current medical issues - drunkenness, cholera, hygiene, etc., in order to help the population. Such a goal is also put by Dr. V. Beron in his basic medical and biological work, published in 1870 in Bolgrad - "Natural history, the first time in Bulgarian systematically exposed with applied remarks and practical conclusions. Part One. Zoology. Class I. Mammals. Discharge I. Man compared to other animals. Created by Vasilya Stoyanova-Beron, Doctor of Medicine and Surgery ".

Dr. Vasil Beron does not accept the views of some scholars on gradual development and disagrees with Darwin's theory, because then, he says: "... we can assume that their proof, that people have to have monkeys for their own ancestors (!!) This ironic mockery ... is a delightfully good, well-tempered and spoken against the non-logical and fantastic proofs of some GG physiologists. "

As a continuation of "The Man in Comparison .." was published in 1880 in Ruschuk "Natural History. Part One. Zoology Continued on this part after our work "The Man vs. Animals" by Vasilya Ch. Stoyanov-Beron, Ph.D., Medicine and Surgery ". Here, in the distribution of animals Beron follows the system of J. Kuwie. Because it is not very clear, it makes some adjustments. In order for a zoonologist to get an idea of the animal, V. Beron uses the "G. Schubertta Atlas of Chromo-Lithography" with the appropriate numbering.

Dr. Vassil Beron dedicates almost thirty years of his life to the historical science and museum work in Bulgaria. He is the first investigator-archaeologist of the old town of Veliko Tarnovo. His interests date back to 1856, asking permission from the Turkish authorities to start excavations of Trapezitsa to seek the palaces of the Bulgarian kings. But it was only in 1879 when the first archaeological society was founded in the country. With his own funds and the company of soldiers Dr. Beron begins excavations of Trapezitsa. There were found the foundations of two small medieval churches. These are the first excavations not only in Turnovo but also in the country. In 1884, new excavations were made and the large church on the Trapezitsa Hill was opened. From it are preserved a meter and a half walls with fragments of frescoes in Old Bulgarian. Because of lack of funds, the excavations have been discontinued.

Dr. Beron, presents his studies in the book "Turnovo-Historical and Archaeological Studies by Dr. V. Hadji Stoyanovich-Beron" published in Veliko Tarnovo in 1886. It is dedicated to Dr. Peter Beron and begins with a short story about him. The author makes a historical review and gives a detailed account of the researches and excavations in Veliko Tarnovo so far. Although it has some misconceptions, it is still an important document for the historical study of the capital of the Second Bulgarian State. This is the first archaeological book in Bulgarian history.
As a person with all-round scientific interests, who has made a lot of effort in forming the national consciousness of the Bulgarian people, Dr. Vasil Beron succeeded in subordinating the past and present of the Bulgarian culture to the perspectives of the future.