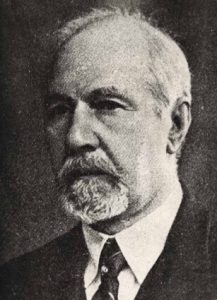 Petar Mateev is one of the most famous, eroded, patriotic Bulgarians. He is a public figure, a journalist, a collaborator of many European and Bulgarian publications.

He originates from an old Kotel rich family. He is educated in Kotel, then in Protestant College in Malta with a scholarship from the ''Fund for Support of Children from the East'' (where he studied thanks to G. Krastevich and the American missionaries Dr. Riggs and Dr. Long) and at Robert College in Constantinople.

In 1869 he joined the English post office in Constantinople and won the sympathy of a pro-Bulgarian society. This helps him, under the name of Pitt Matthewson, to take part in one of Dr. George Smith's most famous archaeological expeditions, who wanted to explore Mesopotamia, and his dream to do excavations in ancient Nineveh. During the expedition Smith died and P. Mateev prepared a detailed report to the British Museum, where he transmits everything found during the excavations. From there he receives a letter of gratitude and a significant amount.

After the Liberation, he was appointed Secretary of the British diplomatic agent Palgrave and attended all meetings of the First Great National Assembly. As a correspondent of English, American and Bulgarian newspapers, P. Mateev acquainted the Bulgarian and international public with the problems of his liberated Bulgaria, and in particular with Kotel personalities and events.

He is also a private secretary of the Governor-General of Eastern Rumelia Prince Alexandar Bogoridi. He occupies a number of positions until he reaches the Director of Post and Telegraph in Sofia. In 1887, he was charged with a secret mission and, under a foreign name, established a relationship with Ferdinand Saxe-Coburg-Gotha, agreeing to accept the proposal to stand on the Bulgarian throne. Ten years later he was a consul in Edirne.

In 1904, he was appointed Commissioner of the Bulgarian Exhibition in St. Louis, USA, and in the meantime is charged with opening a Bulgarian diplomatic representation in Athens. At the exhibition Bulgaria received 56 medals but Petar Mateev lost the confidence of the Prime Minister Racho Petrov. He is accused of having abused a lot of money and being fired. The investigation proves he is innocent.

During the Balkan War he participated in the English Assistance Committee for victims and addressed refugee issues.

One of the most striking characteristics of P. Mateev is his charity, which is a family tradition.His great-grandfather, Georgi was painted in the Zograf Monastery as his donor. His son Matei became a donor of the Burgas monastery "St. Anastasiya".

Petar Mateev is one of Kotel's biggest donors. For the first time his name as such appeared in the archives in 1911. With his means was built and solemnly sanctified on August 1, 1937 the library-museum. Everything he has - documents, belongings, books, and more was donated to it and to the Chitalishte. His personal library was bequeathed to the National Library in Sofia. For his great donation he was named the Benefactor of Kotel, he was declared honorary chairman of "Saglasie-Napredak" Chitalishte. He was declared honorable citizen of Kotel and one of its streets was named after him.