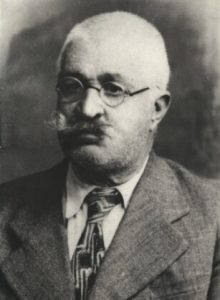 Nikola Tahtunov studied at the Bucharest Academy of Arts, and later was a student of Repin in Moscow. He is particularly interested in the church wall painting and works on the Mount Athos Peninsula as an icon painter. He painted icons and frescoes in the monasteries of Zograph, Hilendar and others. For two years N. Tahtunov was a teacher at Kotel and at the Girls' High School in Sliven. Until his retirement in 1939 he was invariably in the private schools in Dobrich. During the Romanian occupation in Dobrudzha, in 1913, the Bulgarian schools were closed and he secretly trained the Bulgarians in their homes, for which he was persecuted by the Romanian authorities. Here is his future wife, Todora - a prominent teacher and public figure, the initiator of the establishment of the female organization "Mother Care" and its honorary chairman.

The artist-master participates in the Macedonian-Odrin revolutionary organization. During the Balkan War he was a volunteer in the Macedonian-Adrianople Corps. Associate of Yane Sandanski, A. Strashimirov and others. Nikola Tahtunov is not only a painting teacher who contributed to the preservation of the Bulgarian culture and education in Dobrudzha, but also an artist. Under his brush, paintings depicting the life and labor of the Dobrudzha village are taking place. 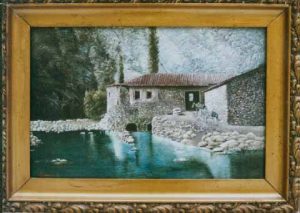 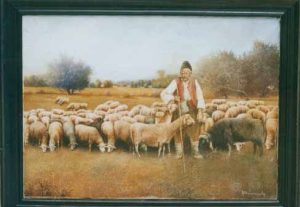 He organizes exhibitions of his paintings in Dobrich and Romania. Works with equal mastery in the field of figural painting, landscape and portrait. His paintings featured the beginning of the Dobrich Art Gallery. There are more than 17 solo exhibitions in the cities of Dobrich, Kyustendza, Craiova, Tulcea, Bucharest, Galati, Testimar, Balchik, Dobrich, Silistra and others. His granddaughters are Nikoleta Kaleva - she gave 11 paintings to her grandfather and the artist Elena Boteva.