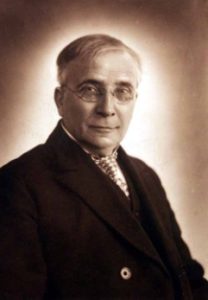 The folk artist Geno Kirov was born in Kotel. The first play that got him exited was presented by the officers of the Volunteery in 1878 in Kotel. Teaching in Kotel, Yambol, Varna and at the same time participating in the amateur theatrical groups of the settlements. At that time G. Kirov took with him materials about Kotel's education, so the Education Ministry can collect information on education during the Renaissance by settlements. This saved these documents from the devastating fire in Kotel in 1894. All the materials Geno Kirov published in the Collection of Folk Works.

The future actor decided to put an end to his teaching and in 1890 he went to Sofia. He joined the newly founded drama troupe at the "Base" Theater. As a scholarship in 1895, he went to Moscow and graduated from the Imperial Theater School. His teacher of dramatic art there is Alexander Pavlovich Lenski. After returning to Bulgaria he joined the ''Tear and Laughter'' troupe, setting the foundation for the first professional drama ensemble in Bulgaria. His debut role in the theater is the image of Razpliuev from the Suhovo-Kobilen comedy "The Wedding of Krechinsky".

Geno Kirov is the representative of the first generation of professional actors and one of the founders of the Bulgarian recitative art. He appears as a translator, a theatrical critic and pedagogue. He is the author of a methodological guide for actors. The future actor is also one of the founders of our national theater.