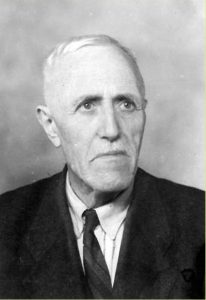 Bozhil Makaveev was born on September 15, 1877. He has four brothers and one sister. Two of his brothers, officers Stefan and Matei Macaveevi,who died during the Serbian-Bulgarian War of 1855.

B. Makaveev studied at the Kotel school and then at the secondary agricultural school in Obraztsov Chiflik, Ruse district. He works as a book keeper at the farm fund in Topolovgrad but believes that as a teacher he will be more useful to the people. Teaching in Kotlensko, Karnobat, Provadiya, Yambol. In 1905, he was appointed a teacher in his hometown, where he remained for the rest of his life. Here B. Makaveev leads the cultural, enlightened and economic life of the city.

He trained students from the Galatan School, where he was a teacher, and in 1914 he taught older students at Kotel's carpentry school.

B. Makaveev participated in the Balkan War as a military agronomist. Throughout his life he gathers documents, belongings, books.

He is a librarian, an active member of the G. S. Rakovski Memorial Committee. B. Makaveev is one of the founders and first chairman of the "Kotlenski Krai" Weaving Cooperative for General Supply, Processing and Sales, established on 09.09.1933. An initial impetus is given to the old household models of carpets that are valued and sought out on the foreign market. In 1934 the co-operative won a gold medal with a diploma at the First National Plovdiv Fair.

Along with his other engagements, in 1937 he became a curator in the library-museum found then.