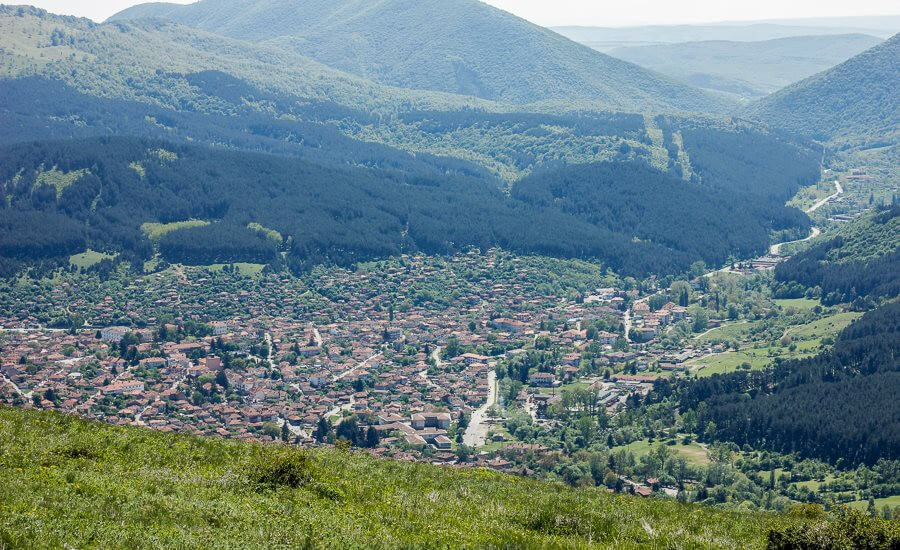 Kotel is a beautiful small town in the eastern part of the Balkan Mountains. It is located in a picturesque valley surrounded by steep hills. It is supposed that his name comes from a large karst spring, one of the many in the area. The environs of Kotel are also rich in many caves.

The town is located about 50 km away from Sliven on the way through the villages of Ichera and Gradets. There is another way connecting the two cities, which is about 18 km longer - through the Five-wheeler.

Zheravna village is located 14 km from Kotel. Each house in Zheravna is a unique monument of culture. 12 km southeast of Kotel is Medven, famous for its 120 cultural monuments dating back to the Renaissance.

The Galata School in Kotel has a museum exhibition of magnificent examples of carpet-drawing art, and an ethnographic museum is set up in the Kyorpee's House. The natural diversity of the Kotlen region is reflected in the Natural History Museum. In the churches "St. Trinity "and" St. St. Peter and Paul "has preserved beautiful carvings. In Kotel there is the first high school for folk singing and instrumental music "Philip Kutev".

According to historical information, Kotel is a relatively new town - originated in Ottoman rule in the 14th-15th centuries, when refugees from nearby destroyed villages and fortresses settled there. Otherwise, the surroundings of Kotel were inhabited by the deepest antiquity, as witnessed by archaeological discoveries.

Throughout the centuries, after its creation Kotel strengthened and became rich thanks to the development of crafts. In the 18th and 19th centuries the city was an important cultural and economic center. Local craftsmen had the relative privileges provided by the fact that they supplied various goods for the needs of the Imperial army. The local fabrics and carpets were the most famous - even today, the Kotel carpets and tiles are a symbol of craftsmanship and beautiful patterns.

Quite naturally, the city's prosperity opened the eyes of the population to education and culture. The first secular school in Kotel opened its doors in 1812. The town still preserves its reputation as a Renaissance cultural and educational center, which gave to Bulgaria some of the most famous names in the education - Petar Beron, Georgi Sava Rakovski, Neofit Bozveli, Sofroni Vrachanski, Aleko and Stefan Bogoridi and others. The people of Kotel were also very bold revolutionaries - much of Hadji Dimitar's detachment was formed by Kotel's additions.